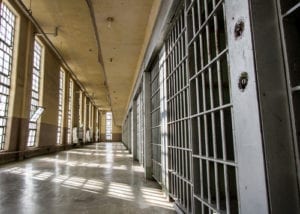 In a training at a county jail, we were asking participants to imagine how different trauma scenarios might affect someone. We described the following hypothetical situation:

Rob’s Grandma, who raised him, had a stroke. She was on life support and died. Rob was in jail at the time and couldn’t go to the funeral.

We asked our participants to imagine how this might affect the Rob’s thinking, emotions, or physical condition.

Then a participant, we’ll call him Jimmy, spoke up. “That did happen to me. It was my momma. She was on life support. They came up here and told me I had to decide whether to take her off life support. They said she’d be a vegetable if she wasn’t taken off. I told ‘em to do it. Two months later, I got out of jail. My brother told me I killed her – all I had done for the last several years had devastated her. I felt like the scum of the earth. Pure bad. Hopeless. Couldn’t stand how bad I felt. I never told anyone about it ‘til now right here. Got back into drugs. I’m sure it’s how I landed back up in here.”

We told Jimmy that it sounded like he was experiencing a lot of shame about what had happened. He agreed. We asked him if he would be interested in learning about the Restore self-compassion tool. He was.

Has there ever been anyone in your life who got you, who was kind, and who wasn’t judgmental towards you? Who? When?

“It was my momma. She used to tell me all the time. When I got into fights, she said, “I know who you are down deep Jimmy – your heart is gold.”

We asked him if he would be willing to bring those words to the shame he felt about contributing to her illness and death. He was. We repeated that back with the exact words and tone:  “I know who you are down deep Jimmy – your heart is gold.”

Then we asked him to notice what he was sensing physically right then as he listened to those words. A steady stream of tears followed and, then, some easing up of the tightness in his chest, This was followed by some trembling in his hands, some lightness, and then some physical settling.

Later, he said, “If I had known this, I probably wouldn’t be back in here.”

We are all trapped in a cycle in some way and can feel hopeless about ever finding a way out. As we teach the impact of adverse childhood experiences and the effects of trauma, people like Jimmy are learning that it is not, ultimately, about what’s wrong with them; instead, it’s about what happened to them. It doesn’t take away the responsibility Jimmy has for his actions, but it begins to pave a new neural pathway, a new roadway into healing.

And this isn’t just about Jimmy, this is about all of us. All of us are in this, walking through life and seeking to find an internal balance as we face incredibly hard challenges, sometimes not knowing how to forgive ourselves when we feel like a failure and are at a loss for how to reconnect with others. All of us have a body that has the capacity to sink us deeper, and that can also support us in resiliency. Resiliency tools can offer one path towards hope.